The Bucks County Symphony Orchestra regrets to announce that our annual Pops Concert, scheduled for Saturday, March 14, has been cancelled due to concerns about the coronavirus outbreak.

We offer our patrons who have already paid for admission to the Pops Concert the option of receiving a full refund for the cost of admission or donating their payment to the Symphony. For refund requests, please contact Carolyn at cievansmoi@aol.com or 215-460-4317 by March 21st. 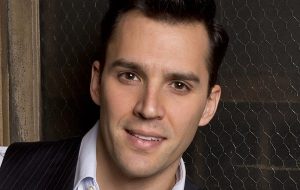 Sponsors for this event are Malmark, Inc. and QNB.

Broadway star Ryan Silverman, noted for his performances which “stand in memory” (The New York Times), has been praised as the “smoothest, most assured bari-tenor, leading-man theatre voice at the moment” (Playbill.com).  He received a Drama Desk Best Actor nomination for the role of Terry Connor in Side Show on Broadway, and has starred as Raoul in The Phantom of the Opera and as Billy Flynn in CHICAGO.

Mr. Silverman received Drama Desk and Drama League nominations for his performance as Giorgio in CSC’s 2013 production of Passion, which The New York Times praised for its “risk-taking, unconditional emotional commitment.”  He has appeared as Sir Lancelot in Camelot at the Kennedy Center, in the Théâtre du Châtelet’s acclaimed production of Passion opposite Natalie Dessay, as Tony in the Olivier-nominated 2008 West End production of West Side Story, and in the premiere of Delaware Theater Company’s new musical, A Sign of The Times.

Mr. Silverman recently starred in a concert performance of West Side Story with the Philadelphia Orchestra and in The Golden Apple at City Center Encores!  He has made solo appearances with the New York Pops, Seattle Symphony, Philly Pops, Cincinnati Pops, Houston Symphony, Cleveland Orchestra, Detroit Symphony, and many other orchestras worldwide.

Mr. Silverman has performed his club act at the Café Carlyle (month-long residency) and Feinstein’s at the Regency, as well as 54 Below with Melissa Errico.  His television and film credits include Suits, Good Fight, Gossip Girl, The 5 Minarets Of New York, Sex and the City 2, and True Blood.

Seating for the Pops Concert is cabaret style at tables of 8-10.  Concertgoers are encouraged to bring food and drink to enjoy before and during the concert.  Doors open at 5:30 pm and the music begins at 7:00 pm.  For more information or to make reservations, call Carolyn at 215-460-4317 or visit 2020 Pops Concert.

This post has been tagged in: Gary S. Fagin, Ryan Silverman