Dancing the Night Away – Symphony Balls

The Bucks County Symphony Orchestra isn’t just about great music presented in a formal concert-style setting.  Sure, that is its bread-and butter, but since the BCSO’s founding there has always been a social and, admittedly, fundraising element involved.  Thus, the Symphony Ball!

The precursor to the series of Symphony Balls of the 1960’s and early 1970’s was a “Symphony Soiree” in February 1960, a benefit dance hosted by the Women’s Committee at the Warrington Country Club.  For $7 per couple, attendees enjoyed an evening of dancing to Herman Farr’s Orchestra and were treated to a fashion show of sweaters and sportswear at intermission.

Beginning in 1961, the annual Symphony Ball became one of the premier events of the Doylestown social season.  For $15 per couple (eventually $25), attendees could enjoy a full evening of planned activities—cocktails at 6:00, dinner at 7:30 and dancing from 9:00-1:00, most frequently to the Bud Rader Orchestra of Allentown.  Usually held in either February or March, these events became “themed” starting in 1966, with inviting titles such as Beau Soir, Espana, and Caprice Viennois.   Over the years, special touches included a miniature Arc de Triomphe decorating the bandstand, entertainment by the Trianon Ballet Troupe, a flamenco guitarist accompanied by a troupe of flamenco dancers, and a fortune teller and palm reader at the 1970 ball in the Doylestown Armory where the cocktail hour was re-named “Bacchanal”!  Rhapsody in Blue was both the event name and musical highlight of the 1969 ball, featuring Music Director Vernon Hammond and BCSO member Jeanne Phillips performing Gershwin’s most famous work on two pianos.

Alas, all good things must come to an end, or, in this case, go on hiatus for a period of time.  Although attendance at the Symphony Balls reached 284 in 1963 (double the previous year), and 300+ in 1966, the Symphony 1971 Ball was to be the last such large event until 1988.  In a letter to Friends of the Symphony in 1972, the Society’s new president wrote: “…we have yielded to the pressure of those who have said to us ‘not another dance’!  This fundraising device was becoming more costly and netting us less and less.”  The era of grand social events for fundraising thus began a 17-year break, to be revived starting with the Christmas Symphony Ball in 1988.  Sounds like the seeds of a future BCSO Story article have been planted! 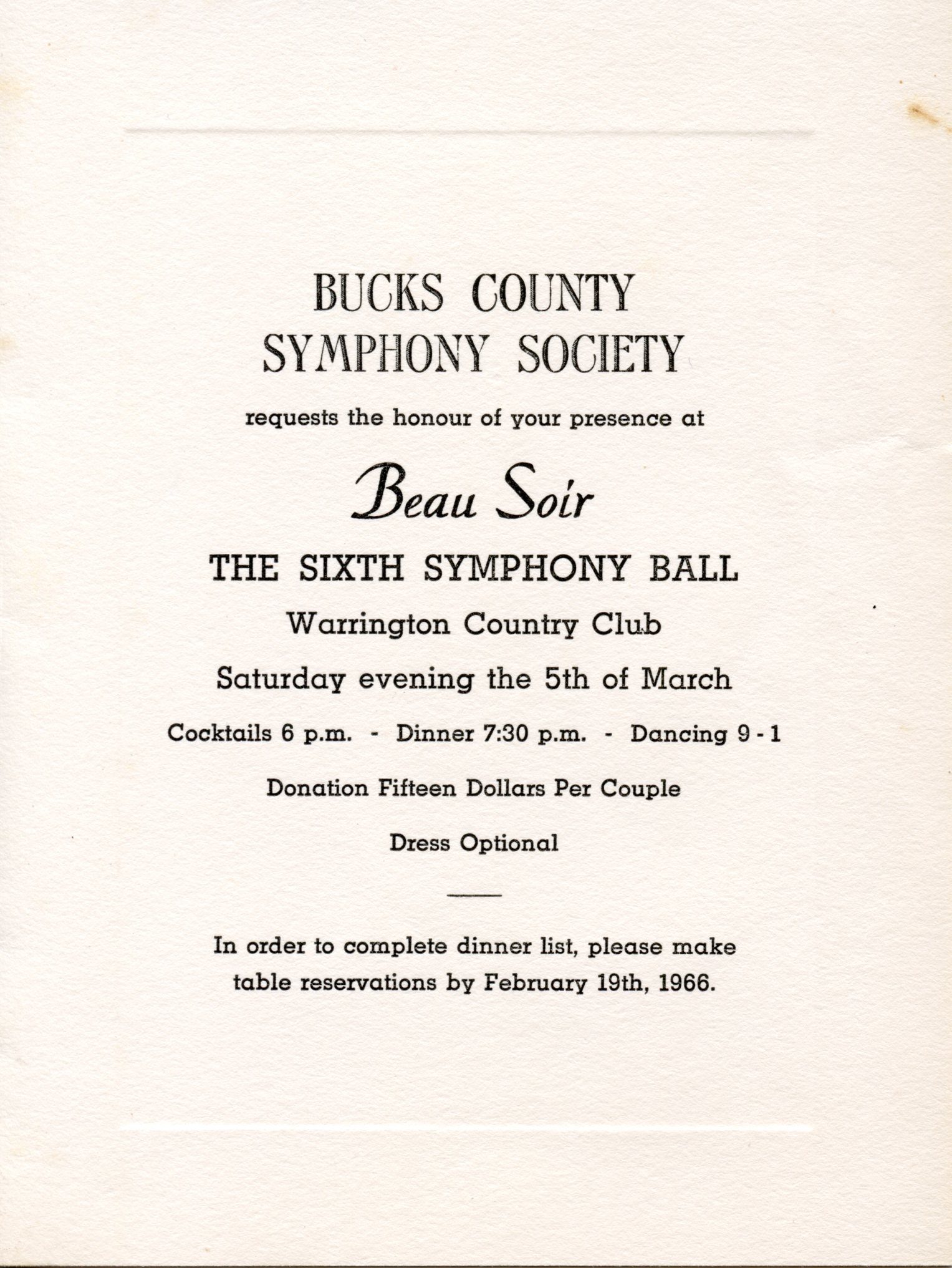 Invitation to the 1966 Ball 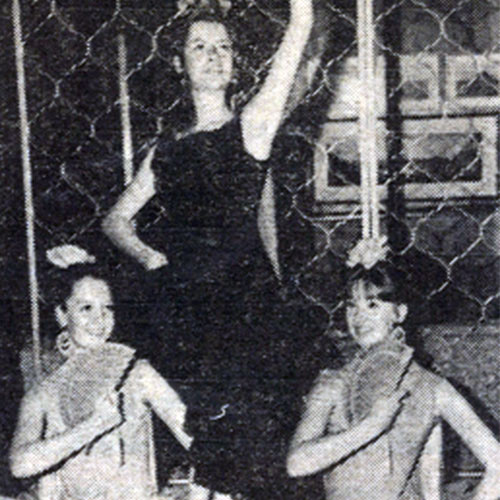 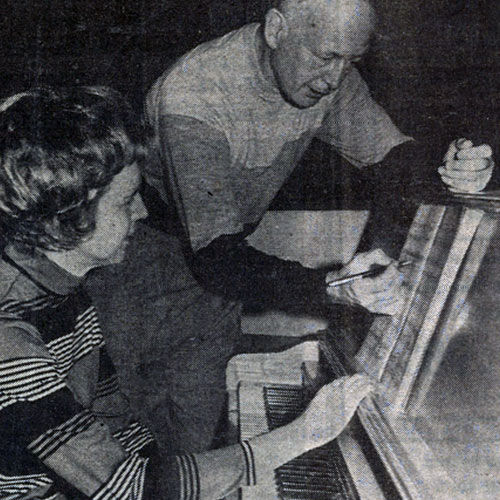 Jean Phillips and Vernon Hammond rehearse Rhapsody in Blue in 1969 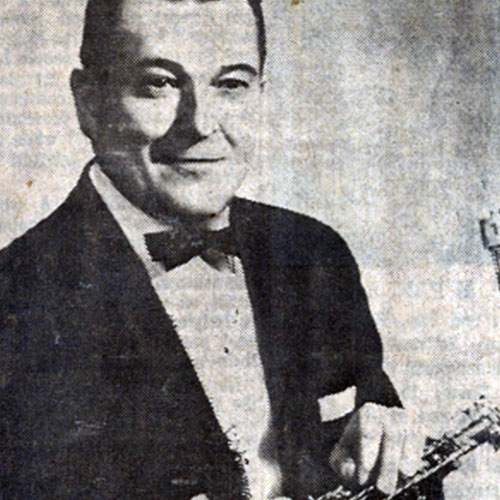 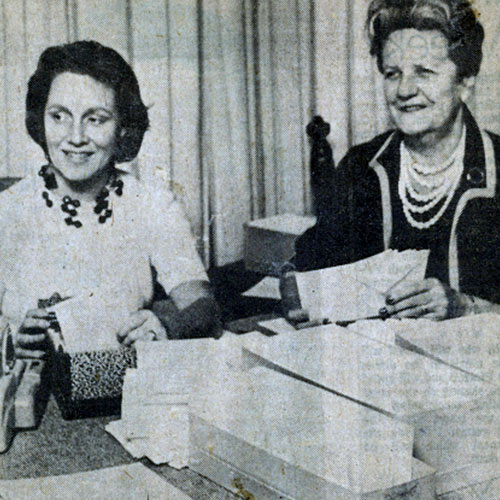