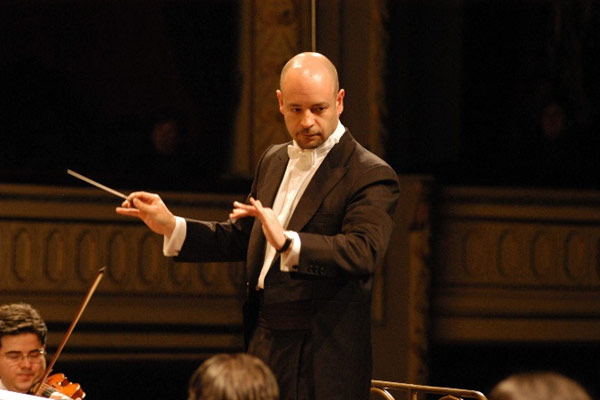 Chilean conductor José Luis Domínguez, is a prominent talent on international orchestral and operatic stages. His conducting is described as “unrivaled, magnificent and with exemplary gesturing”, and he frequents prominent stages across the globe. Domínguez currently serves as artistic director of the New Jersey Symphony Orchestra Youth Orchestras. He is a regular guest conductor with the Opéra Saint – Étienne and New Jersey Symphony Orchestra and is currently Artistic Director of the Musical Encounters International Music Festival in La Serena, Chile.

Recent commissions as a composer include the new ballet titled, La Casa de Los Espíritus (The House of Spirits) based on the bestselling novel by Isabel Allende. Its premiere in September 2019 at the Municipal de Santiago Ópera Nacional de Chile with the Ballet de Santiago and the Orquesta Filarmónica de Santiago (which Domínguez also conducted) was hailed as an “absolute triumph.” In addition, Jason DePue, violinist of the Philadelphia Orchestra, commissioned Domínguez to write a piece for violin and piano titled Aitona that was included in DePue’s 2020 debut solo album. His Concerto for Oboe premiered in early 2020 with oboist Jorge Pinzón, and the Orquesta Filarmónica de Bogotá (Bogotá Philharmonic Orchestra), Colombia to critical acclaim.

Domínguez has collaborated with many noted artists including: Renée Fleming, Andrés Diaz, Ray Chen, Sergio Tiempo, Ai Nihira, Verónica Villarroel and Luciana D’Intino. He recently released two critically acclaimed Naxos recordings; one of his own compositions, the ballet The Legend of Joaquín Murieta, and the other, the music of Enrique Soro with the Orquesta Sinfónica de Chile (Symphony Orchestra of Chile). 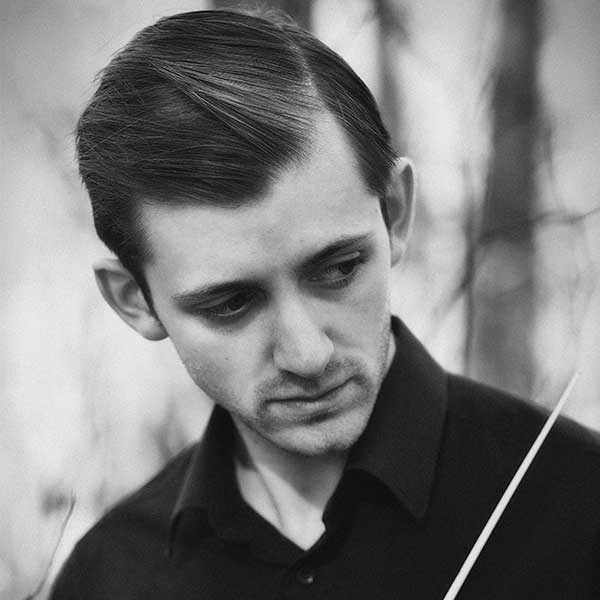 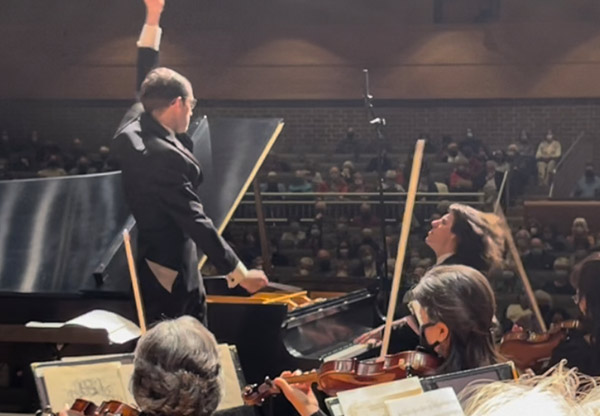 Sebastian Grand has served as Assistant Conductor of the Bucks County Symphony since 2017. He is Music Director of the Delaware County Symphony, and a Director of the Grand School of Music in New Hope. Mr. Grand is a First-class graduate of the Joint Course between the University of Manchester and the Royal Northern College of Music, and has received a Masters with Distinction from the Royal Academy of Music in London. In addition to his role with the BCSO, Mr. Grand is Conductor of the Youth Orchestra of Bucks County’s Philharmonia, an adjunct faculty member at Lafayette College, and a coach and accompanist for the Philadelphia International Music Festival.

Mr. Grand was Principal Conductor of the Guernsey Sinfonietta for seven years and co-founded the Odyssey Symphony Orchestra. He has studied on the Orkney International Conductors Course, and received a full scholarship to conduct the Orchestra of the Swan in a public masterclass. He has worked with numerous professional orchestras, including the Royal Scottish National Orchestra, Trondheim Soloists, and Baltimore Chamber Orchestra. Mr. Grand is a prizewinning pianist and has performed at major venues throughout Europe, including several appearances as concerto soloist. He has also worked as an adjudicator for several competitions, including the Bart Pitman Memorial Scholarship and the Caprio Competition.

MUSIC DIRECTORS of the BCSO