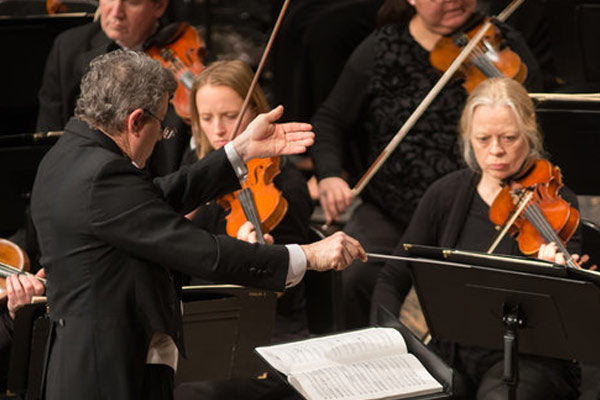 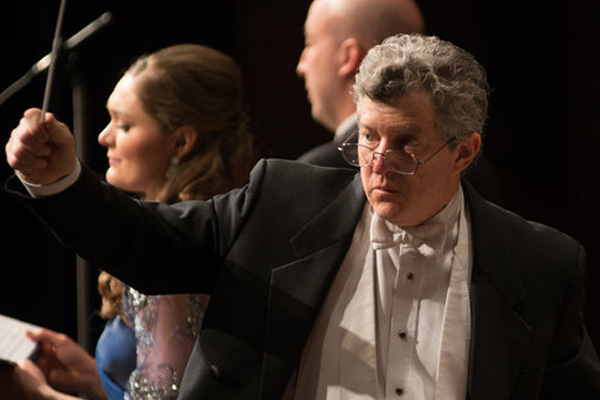 The honorary title of Music Director Emeritus was conferred upon Maestro Gary S. Fagin at his final concert with the BCSO on April 30, 2022. Appointed Music Director beginning with the 2002-2003 season, the orchestra achieved a new level of musical excellence under his inspirational leadership for twenty years.

With “a reputation for eliciting the best from his orchestra while inspiring loyalty and dedication in his players” (Bucks County Commissioners Proclamation—2017), Gary inspired confidence among the musicians and a strong commitment to attaining new artistic heights through mutual collaboration. His energetic conducting, encouraging demeanor, and insightful interpretations earned him the respect and admiration of everyone who had the pleasure of working with him.

The summit of Gary’s tenure with the BCSO was reached with the performance of his original work for orchestra—Bucks County Sojourn: A Valediction in Three Movements—composed on commission from the Board and premiered in his final concert program. Over the years, his compositions and arrangements—ranging from ragtime to jazz to contemporary songs and song cycles—delighted and entertained guests at concerts and soirees.

The entire BCSO family—musicians, board, volunteers, sponsors, donors and patrons—is profoundly grateful to Gary Fagin for his two decades of devoted leadership, and proud to consider him a dear friend.