The BCSO bid a fond farewell to its beloved Music Director of 20 years, Gary S. Fagin, at its Spring Concert on April 30. Several hundred guests joined the orchestra family in showing appreciation for Maestro Fagin’s long and distinguished tenure.

A highlight of the evening was the premiere performance of Mr. Fagin’s original work for orchestra—Bucks County Sojourn: A Valediction in Three Movements—composed on commission for this special occasion. The audience rose in a spontaneous standing ovation when the piece concluded, a tribute to both the composer and the musical excellence of the piece.

Following the work’s premiere, Maestro Fagin was lauded by several guest speakers. Rod Eastburn, Board president when he was engaged as music director in 2002, presented him with an engraved ebony and sterling silver baton from the Board; Ross Gombiner, principal oboist, presented a special personal gift from the musicians; and Beth Clark, current Board president, presented a crystal award announcing the bestowal of the honorary title of Music Director Emeritus in recognition of the Maestro’s distinguished service to the organization for two decades.

The entire BCSO family—musicians, board, volunteers, sponsors, donors and patrons—wishes Gary and his family all the best as he embarks upon the next stage of his musical journey. 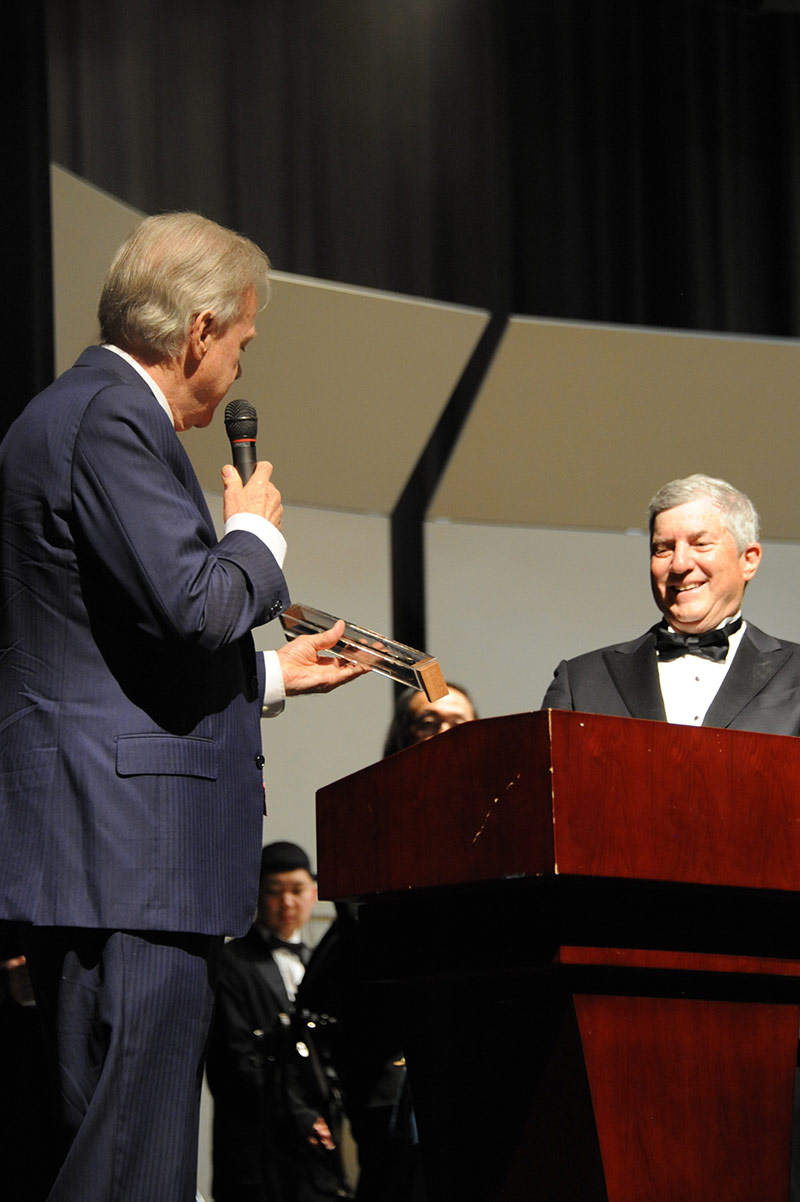