The Bucks County Symphony Orchestra regrets to announce that our annual Pops Concert, scheduled for Saturday, March 14, has been cancelled due to concerns about the coronavirus outbreak.

We offer our patrons who have already paid for admission to the Pops Concert the option of receiving a full refund for the cost of admission or donating their payment to the Symphony. For refund requests, please contact Carolyn at cievansmoi@aol.com or 215-460-4317 by March 21st.

That’s Life
Feeling Good (The Roar of the Greasepaint – The Smell of the Crowd)
Smile
So In Love (Kiss Me, Kate)
I’m Gonna Live Until I Die
Luck Be A Lady (Guys and Dolls)
Besame Mucho
Maria (West Side Story)
Always on My Mind
Come Back to Me (On a Clear Day You Can See Forever)

Noted for his performances which “stand in memory” (The New York Times), multiple Drama Desk nominee RYAN SILVERMAN has been praised as the “smoothest, most assured bari-tenor, leading-man theatre voice at the moment” (Playbill.com).  He received a Drama Desk nomination for Best Actor for the role of Terry Connor in Side Show on Broadway, and has starred as Raoul in The Phantom of the Opera and as Billy Flynn in CHICAGO.

Mr. Silverman has received Drama Desk and Drama League nominations for his performance as Giorgio in CSC’s 2013 production of Passion, which The New York Times praised for its “risk-taking, unconditional emotional commitment.” Additionally, he has appeared as Sir Lancelot in Camelot at the Kennedy Center, in the Théâtre du Châtelet’s acclaimed production of Passion opposite Natalie Dessay, as Tony in the Olivier-nominated 2008 West End production of West Side Story, and in the premiere of Delaware Theater Company’s new musical, A Sign of The Times.

Mr. Silverman recently starred in a concert performance of West Side Story with the Philadelphia Orchestra and in The Golden Apple at City Center Encores!  He has made soloist appearances with the New York Pops, Seattle Symphony, Philly Pops, Cincinnati Pops, Houston Symphony, the NHK Symphony in Tokyo, the Cleveland Orchestra, Detroit Symphony, Vancouver Symphony, the Kaohsiung Symphony in Taiwan, and Edmonton Symphony, among others.

Other credits include Cry-Baby on Broadway, Finian’s Rainbow (Irish Repertory Theater), and New York City Opera’s The Most Happy Fella. He recently made his debut at Papermill, starring in Ken Ludwig’s A Comedy of Tenors.

Seating for the Pops Concert is cabaret-style at tables of 10. Concertgoers are encouraged to bring food and drink to enjoy before and during the concert.

You also have the option to purchase tickets above through our website (via Brown Paper Tickets). 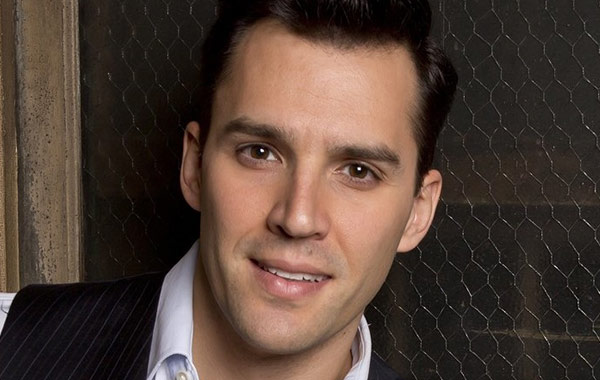