Trombonist Brittany Lasch has appeared as soloist with the U.S. Army Band “Pershing’s Own”, the Queens Symphony, the National Repertory Orchestra, and the Manhattan School of Music Philharmonia.  With playing described as “masterful” (Syracuse Post-Standard), Ms. Lasch is a winner of Astral Artist’s 2017 National Auditions and the 2017-2018 Second Place winner of The American Prize in instrumental performance.  She was the winner of the 2015 National Collegiate Solo Competition and the 2010 Eisenberg-Fried Brass Concerto Competition, and was the recipient of the Zulalian Foundation Award in 2014. Her trombone quartet Boston Based won the 2017 International Trombone Association’s Quartet Competition.

Ms. Lasch has received prizes in a wide variety of prestigious trombone competitions.  She has performed with numerous regional orchestras across the United States, participated in the Verbier Festival Orchestra in Switzerland, and has appeared at such noteworthy events as the Spoleto USA Festival, Pacific Music Festival in Sapporo, Japan, and the Aspen Music Festival.

A native of Park Ridge, Illinois, Brittany Lasch earned her Doctor of Musical Arts degree from Boston University, where she received the Brass Department Award. She also holds a Master of Music degree from Yale School of Music.  Upon graduation from the Manhattan School of Music, she received the coveted John Clark Award for outstanding accomplishment in Brass Performance.  With a deep commitment to education, she has maintained a private studio for the last decade and has presented masterclasses at Louisiana State University, Towson University, and the Boston University Tanglewood Institute. Ms. Lasch, an Edwards Trombone Performing Artist, is currently Assistant Professor of Trombone at Bowling Green University and Principal Trombone of the Michigan Opera Theatre Orchestra. 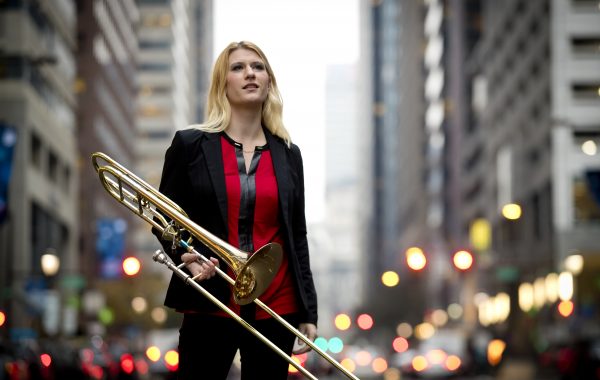