Jean Ferrandis is a “flutist extraordinaire” with a versatility that goes beyond that of being a marvel on his instrument. With other musicians, his collaborations are legendary and exhibit his capacity for being such a fine musician. In addition, he is a highly-respected conductor.

Leonard Bernstein, upon hearing Mr. Ferrandis’ performance of the Adagio from Mozart’s D major concerto, was so impressed that he remarked, “It is Pan himself!” and subsequently composed a cadenza for Mr. Ferrandis, which he continues to present when performing the concerto in concert with orchestras today.

Mr. Ferrandis has been a frequent guest at numerous international music festivals, performing at the Lanaudière in Canada, Switzerland’s Sion Festival, the Budapest Spring Festival, the Midem Festival in Cannes, and the Berlioz Festival in Lyon.

In the role of conductor, Mr. Ferrandis continues his association with the Saint Petersburg Camerata in Russia and the Saint Christoper Chamber Orchestra in Vilnius (Lithuania), with whom he has also recorded the flute concertos of C. P. E. Bach.

Mr. Ferrandis was the unanimous recipient of a First Prize from the Lyon Conservatoire, where he studied with Maxine Larrieu. He has been a prizewinner at such esteemed international competitions as Munich, Maria Canals in Barcelona, and the Young Concert Artists in New York. In 1986, he was awarded the Grand Prize at the Prague Spring Festival International Flute Competition.

From Philadelphia – Take Route 309 North to Route 202 at Montgomeryville. Go north on Route 202 to Route 611. Go north on Route 611 to the State Street exit. Follow signs to Delaware Valley College. Turn left at New Britain Rd and next right into the Life
Sciences Building parking lot. Or go past New Britain Rd. and turn left at the College entrance. 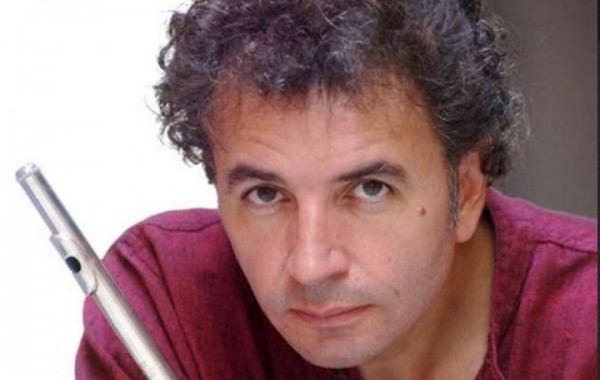