Thomas Canning: Fantasy on a Hymn Tune by Justin Morgan

Franz Schubert: Symphony No. 9 in C Major “The Great”

Performance Today describes classical guitarist Jordan Dodson as “one of the top young guitarists of his generation.” A winner of Astral’s 2013 National Auditions, he is an active soloist and chamber musician based in New York and Philadelphia. He has also received awards from the 2011 Lillian Fuchs Chamber Music Competition, the 2010 Indiana International Guitar Competition, and the 2008 American String Teachers Association Competition. In 2013, he was a Young Artist in Residence on American Public Media’s Performance Today.

Mr. Dodson’s recent performance and teaching schedule has taken him across the U.S. and abroad to venues such as (Le) Poisson Rouge (New York City), Roulette (Brooklyn), the Kimmel Center for the Performing Arts (Philadelphia), and the Museo Nacional de Colombia (Bogotá), and to such music festivals as the Kingston Chamber Music Festival, Aspen Music Festival, and Festival Daniou (France).

In 2011, Mr. Dodson was one of two students selected to inaugurate the Curtis Institute of Music’s classical guitar studio, bringing to the school not only a new instrument, but also new repertoire and new possibilities for music-making. Curtis Dean John Mangan said Dodson fulfilled the school’s need for “ambassadors for the instrument and its repertoire who could create interest among their peers, along with a desire to collaborate.”

Originally from Columbus, Ohio, Jordan Dodson started playing music at a young age. He holds degrees from the Curtis Institute of Music, the Manhattan School of Music, and the Cincinnati College-Conservatory of Music.  His teachers have included Clare Callahan, David Starobin, and Jason Vieaux.  He plays a Gary Lee guitar.

Parking: The parking lots adjacent to the Life Sciences Building will be available for concert parking. In order to accommodate overflow, concert goers can use the University’s Main Entrance and park in the stadium parking lot, where a Bucks County Transport shuttle bus will be available from 7:00-8:30pm to take you to the Life Sciences Building (where the concert is being held) and return you to your vehicles after the concert. 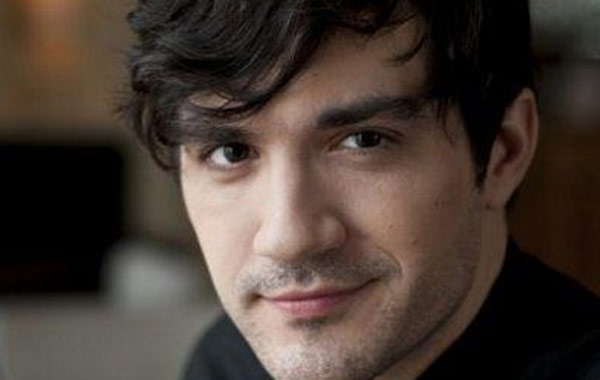