Masks and proof of vaccination required.

Liz Callaway is a Tony nominee and Emmy Award-winning actress, singer and recording artist. She made her Broadway debut in Stephen Sondheim’s Merrily We Roll Along, received a Tony Award nomination for her performance in Baby, and for five years won acclaim as Grizabella in Cats. She has also starred in the original casts of Miss Saigon, The Three Musketeers, and The Look of Love.

Off-Broadway, Ms. Callaway received a Drama Desk nomination for her performance in The Spitfire Grill (Playwrights Horizons), and appeared in Brownstone (Roundabout), No Way to Treat a Lady, Marry Me a Little, and Godspell.  Other New York appearances include the legendary Follies in Concert at Lincoln Center, A Stephen Sondheim Evening, Fiorello!(Encores!), and Hair in Concert.

Ms. Callaway has established a major career as a concert and recording artist.  The award-winning Sibling Revelry (created with sister Ann Hampton Callaway) was presented to great acclaim at the Donmar Warehouse in London. Boom!. A celebration of the music of the 60’s and 70’s, also created with her sister, was recorded live at Birdland, and is currently touring performing arts centers around the country. She has sung with notable performers such as Johnny Mathis, Jimmy Webb & Paul Williams in their critically acclaimed engagement at Feinstein’s in New York, and joined Burt Bacharach, Dionne Warwick, and Stevie Wonder at Hal David’s 90th Birthday Celebration Concert in Los Angeles.  Her extensive US symphony work includes appearances at The Kennedy Center, Carnegie Hall, Ravinia, and The Hollywood Bowl.

Ms. Callaway sang the Academy Award nominated song “Journey to the Past” in the animated feature Anastasia and is the singing voice of Princess Jasmine in Disney’s Aladdin and the King of Thieves and The Return of Jafar.  Other film work includes the singing voice of the title character in The Swan Princess, Lion King 2: Simba’s Pride, Beauty and the Beast, The Brave Little Toaster Goes to Mars and The Rewrite with Hugh Grant.

Ms. Callaway received an Emmy Award for hosting Ready to Go, a daily, live children’s program on CBS in Boston.  Other TV credits include In Performance at the White House, Inside the Actor’s Studio: Stephen Sondheim, In Performance at the White House, Christmas with the Boston Pops, The David Letterman Show, and Senior Trip (CBS Movie of the Week).

The concert will take place in Delaware Valley University’s Life Sciences Building. Food and drink will not be permitted before or during the concert.

Ticket prices are reduced to $40 for this event. For anyone unable to comply with updated admission requirements stated in Concert Details above, we are happy to refund the cost of your ticket(s). For anyone who has purchased a Pops ticket for $60, we will refund you the difference in price. Contact bcsotreasurer1953@gmail.com for refunds. 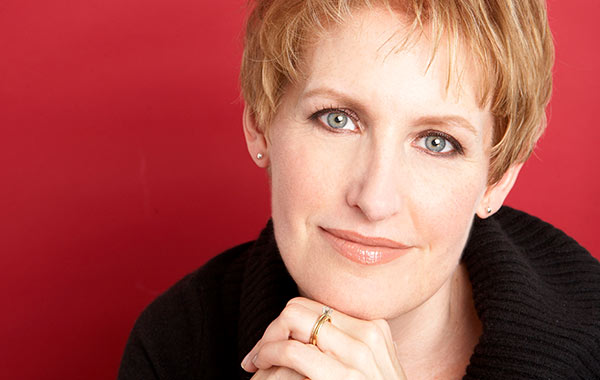