Wolfgang Mozart:  Overture to The Marriage of Figaro

Gustav Mahler: Symphony No. 1 in D 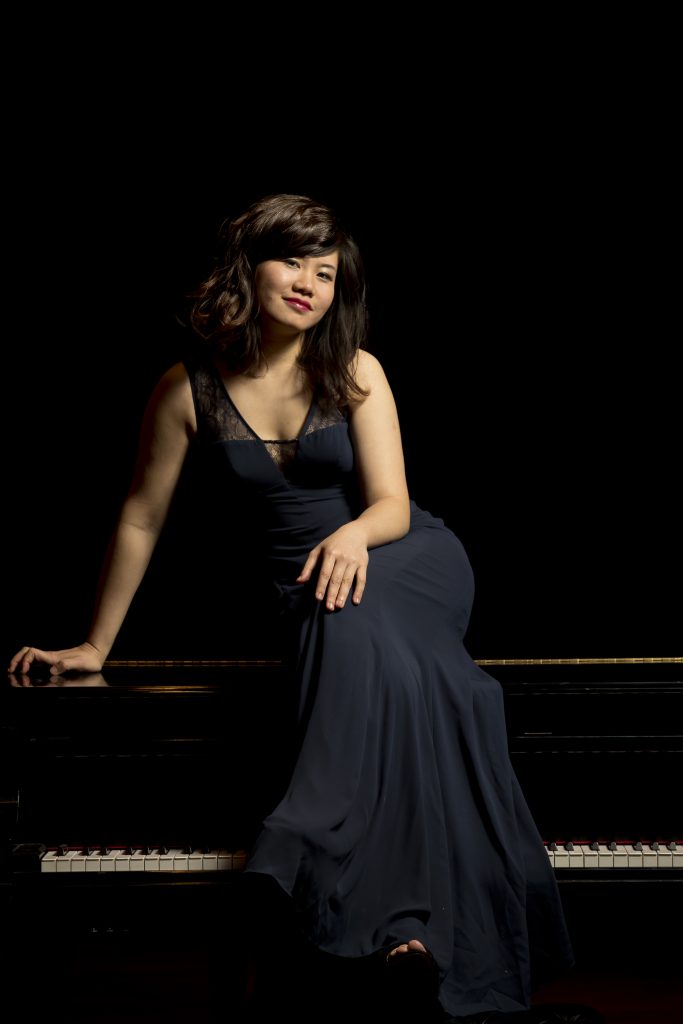 Zhenni Li-Cohen’s riveting presence and passionate performances have brought audiences to their feet around the world. She has been hailed by Gramophone Magazine for her “torrents of voluptuous sound…an artist of tremendous conviction who fascinates even as she provokes” and cited by The Philadelphia Inquirer for her “big, gorgeous tone and a mesmerizing touch.”  She has performed in such notable venues as Carnegie Hall, Alice Tully Hall, Merkin Concert Hall, the Metropolitan Museum of Art, the Kimmel Performing Arts Center, the Helsinki Music Center in Finland, the Grieghallen in Norway and the Berliner Philharmonie in Germany.

Upcoming performances include concertos with the Chamber Orchestra of Philadelphia, the National Orchestra of the Dominican Republic, the Fairbanks, Johns Hopkins, and Knoxville Symphony Orchestras, and recitals in New York, Chicago, Alaska, South Carolina, and Rhode Island. Deeply committed to the art of recording, Ms. Li-Cohen is passionate about memorializing lesser-known works and sharing them with a greater audience as well as traversing the heights of the familiar giants of the repertoire. She is currently working on three different recording projects with the Steinway & Sons label. In Une Lettre, she delves into the music of Sergei Bortkiewicz, a Ukrainian/Polish composer-pianist of the late 19th century whose life was constantly plagued by the horrors of war.

In addition to her solo career, Ms. Li-Cohen is a deeply devoted chamber musician. Her passion for chamber music led her to co-found “The Last Soirée”, a multi-genre performing arts series which launched in New York in 2018, and “Fishin’ in C Chamber Music Series,” a diverse chamber concert series in Philadelphia with the aim of bringing music to underserved areas.

Ms. Li-Cohen emigrated to the United States at age 16 and was accepted to study at the Juilliard School, earning her Bachelors and Masters degrees in piano performance. She spent summers in France, leading to a great love and appreciation for French music, particularly that of Claude Debussy, whose Préludes were eventually the subject of her dissertation. After further studies at Yale University, she pursued her Doctoral degree at McGill University in Montréal and began concertizing in earnest.

Zhenni Li-Cohen is a Steinway Artist and is represented by Astral Artists.
www.zhennili.com