Masks are encouraged, but not required. Please check this page for updates prior to attending the Spring Concert.

Johannes Brahms: Variations on a Theme by Haydn

Described by the New York Times as bringing “virtuosity, refinement and youthful exuberance” to his performances, violinist Benjamin Baker has moved audiences around the world with his musicianship. He has established a strong international presence with recent performances as far afield as Lebanon, Albania, Siberia, China, Australia, New Zealand, South America, and throughout the United Kingdom and United States. He has performed as soloist with such orchestras as the London Philharmonic, English Chamber Orchestra, London Mozart Players, and Auckland Philharmonia. He has presented recitals in London, Ireland, New York, and at the Ravinia Festival.

After winning First Prize and special performances prizes at the 2016 Young Concert Artists International Auditions, Mr. Baker’s first U.S. tour included recital debuts at the Kennedy Center in Washington D.C. and at New York’s Merkin Concert Hall. Other noteworthy awards and prizes included winning London’s Young Classical Artists Trust in 2013 and First Prize at the Windsor Festival International String Competition. He was a Fellow at the Ravinia’s Steans Music Institute in Chicago in 2016 and 2017.

Born in New Zealand and currently residing in London, Mr. Baker studied at the Yehudi Menuhin School and the Royal College of Music, where he was awarded the Queen Elizabeth the Queen Mother Rose Bowl. Mr. Baker plays on a Giovanni Grancino from 1694 on generous loan from a private collection and is grateful for support from the Carne Trust. 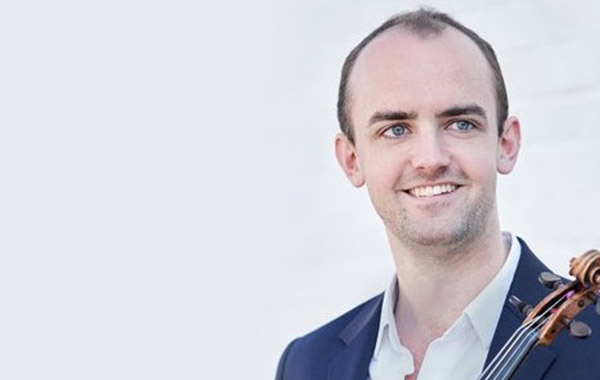