The BCSO will follow CDC, state, county and event venue mandates and recommendations in effect at the time of each event. Please check this page prior to attending the Spring Concert for the most current admission requirements.

Johannes Brahms:  Variations on a Theme by Haydn

Violinist SooBeen Lee has been praised by the Washington Post for her “poised presence, a luxurious sound, spot-on intonation, and a bow arm that will surely be the envy of her peers”. She has appeared as soloist with every major Korean orchestra, including the Seoul and Busan Philharmonics and KBS (Korean Broadcasting System) Symphony Orchestra.  Other distinctions include performances for Secretary-General of the United Nations Ki-moon Ban, for the King and Queen of Malaysia, with China’s Wuhan Philharmonic, and for many state guests in Korea.

First Prize Winner of the 2014 Young Concert Artists International Auditions, she was also honored with YCA’s Slomovic Prize for support for her Washington, DC recital debut, and the Michaels Award, which provided support for her New York recital debut. The Young Concert Artists Series presented Ms. Lee’s New York concerto debut performing the Chausson Poème with the Orchestra of St. Luke’s at Alice Tully Hall.  She has performed recitals at New York’s Morgan Library and Museum and at the Kennedy Center in Washington, DC as recipient of the Korean Concert Prize.

Ms. Lee currently studies with Miriam Fried at the New England Conservatory, where she performed the Sibelius Violin Concerto as winner of their Concerto Competition. 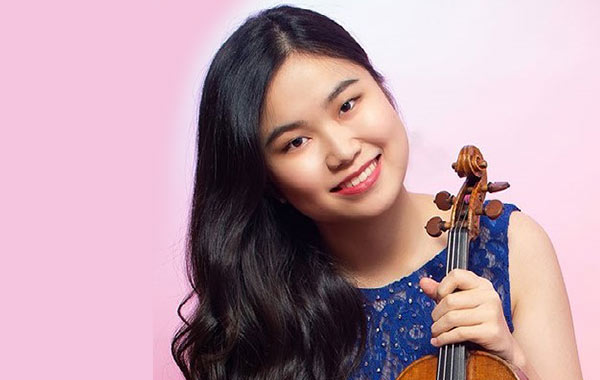