The concert is sponsored by Tom and Judy Newman.

Featured in the program is Israeli pianist Tomer Gewirtzman, joining the BCSO in a performance of the powerful Piano Concerto No. 1 in D minor by Johannes Brahms.

The BCSO also performs Maurice Ravel’s sensual and transporting Suite No. 2 from the ballet Daphnis and Chloe, composed on commission from Sergei Diaghilev. Premiering in Paris in 1912, the ballet is based on a Classical Greek tale recounting the love of the shepherd Daphnis and the maiden Chloe. Ravel considered the ballet score to be his most important creation, describing it as “a great choreographic symphony” designed as a “vast musical fresco.” The Suite No. 2 opens with the well-known portrayal of daybreak, followed by an exquisite dance for the two lovers as they pantomime the story of Pan and his beloved Syrinx. The suite concludes with a tumultuous bacchanal, celebrating the love that Daphnis and Chloe have found for each other. Ravel’s score exhibits great passion throughout, the music infused with extraordinarily lush harmonies and demonstrating the composer’s masterful handling of orchestration.

Hailed by The Washington Post as an artist of “formidable virtuosity and stylistic sensitivity,” Israeli pianist Tomer Gewirtzman has impressed audiences around the world. He has performed recitals in London in Steinway Hall and in Paris in the Salle Cortot of the École Normale. He has appeared as soloist with orchestras throughout Israel—including the Israel Philharmonic Orchestra, Israel Symphony Orchestra, Jerusalem Symphony Orchestra, and the Israeli Chamber Orchestra—as well as numerous regional orchestras in the United States.

Mr. Gewirtzman made his New York recital debut on the Young Concert Artists Series and performed a D.C. recital on the YCA and Washington Performing Arts Series. He also appeared at the Buffalo Chamber Music Society, Harvard Musical Association, and as soloist with the Charlottesville Symphony. He has performed at music festivals throughout the United States and in Europe.

Mr. Gewirtzman served in the Israeli Defense Forces from 2008 to 2011, in the “Outstanding Musician” program, where he combined regular military service with extensive university music studies. He earned his Master’s degree at the Juilliard School, working with Maestro Sergei Babayan, where he received the prestigious Kovner Fellowship award. He continues his studies at Juilliard in the Artist Diploma program. 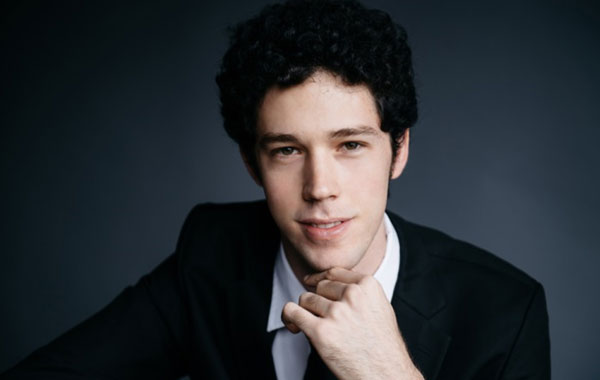