Special Memories from the Viola, Cello and Bass Sections

BCSO violists, cellists and bassists share their most special memories as part of this remarkable symphonic ensemble

Felicia Hebenstreit: The BCSO is such a wonderful community of classical musicians who enjoy making music together. Being principal violist has been such an honor, especially under Gary’s baton. I always learn something new from him at every rehearsal and leave every rehearsal inspired. I enjoy all of our performances, but one of the most challenging and rewarding works I’ve performed with this group has been Debussy’s La Mer. Not only was it a difficult piece to put together as an ensemble, it also helped me grow as a musician.

Jaime Schulang: Opening for Bobby Rydell, performing with Justin Guarini, performing Beethoven’s 5th Symphony (twice!), being involved with the Youth Concerto Competition and seeing the young talent in our area.

Zach Christidhis: I loved playing Beethoven’s Fifth in 2020; that was an amazing experience! One of my favorite symphonies, and being able to feel that was wonderful. 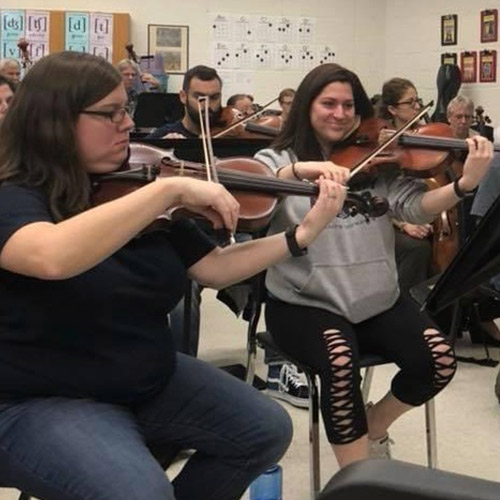 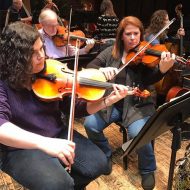 Eva Houlton: I absolutely adore listening to any story that Gary decided to slip in during rehearsals. It is always fascinating to hear about how he held an original manuscript in Berlin or played a masterclass with some of the greatest musicians to live.

Noelle Casella Grand: I always enjoy the rep that Gary (and Sebastian!) chooses for concerts. I particularly enjoyed Petrouchka as it’s one of my all-time favourite orchestral pieces. Perhaps my most enjoyable memory thus far was when I first began playing Principal Cello and we did William Tell – so much fun to have such a fun abs massive celli soli at the start of a piece!

Andy Duff: What a privilege it is to play so many great classical works (e.g. Beethoven’s Fifth and Ninth Symphonies, Haydn’s D Major Cello Concerto, La Mer, Mozart Symphonies, and others too numerous to list) with a skilled collection of musicians, and to experience the next generation of potential artists through the Youth Concerto Competitions. 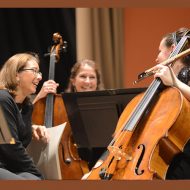 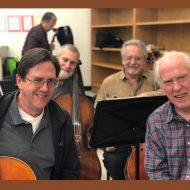 Josh Hadfield: The Beethoven 9th and the Mozart Requiem.

Steve Kyle: Carmina Burana with the CB choirs, Chris Brubeck Pops Concert, Mahler 1 (I got to play the bass solo), and generally the great stories Gary shares about his career; his visit to the library in East Berlin to see the original manuscript of Beethoven’s 5th Symphony, for example.

Frank Kauffman: Playing Petroushka with the orchestra was amazing. It’s definitely the most difficult piece of music I’ve played with an ensemble, and everyone executed so incredibly well. It was like musical calculus just trying to follow that piece, and everyone was laser focused. It’s hard to describe the feeling when all of that dedication resulted in a strong performance for an appreciative audience.

Ken Smith: Great ones including Carolyn Goulding on her Strad violin, Beethoven 9th, 5th more recently, and some of the harder pieces like Stravinsky that was held together and made much easier under the baton of Gary Fagin. 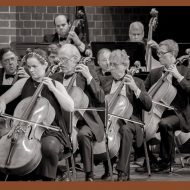 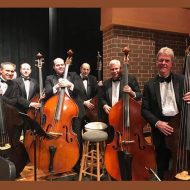