Community Accolades for the BCSO 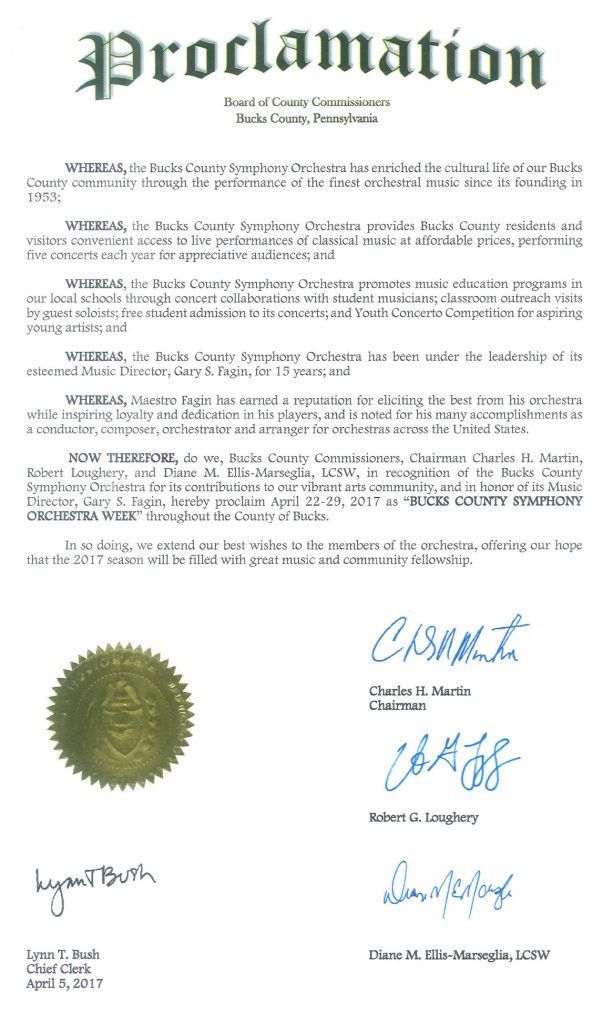 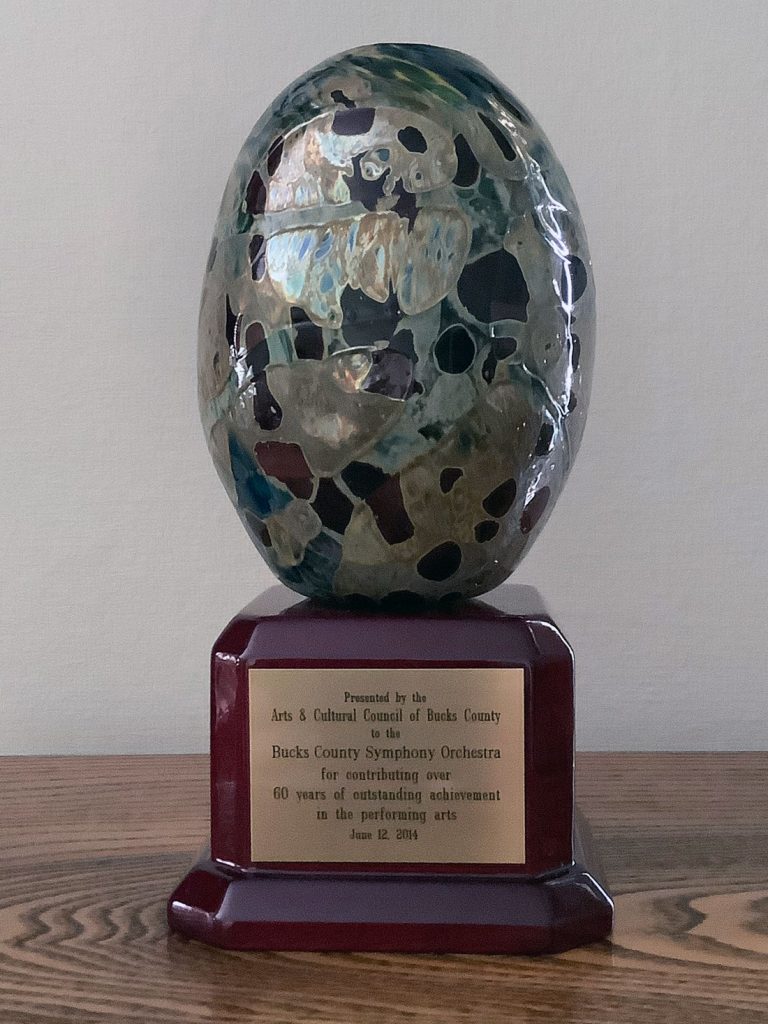 The Bucks County Symphony Orchestra has been privileged to serve the Bucks County community since 1953.  In return, the Orchestra has been the beneficiary of tremendous support over the years from its generous sponsors and donors and its legion of faithful concert patrons, attesting to its outstanding reputation in the community for high quality musical performances.  The BCSO has been the grateful recipient of several prestigious honors from both our County and the organizations with which we have been affiliated.

The first official recognition was announced in November 1965, when the Bucks County Board of Commissioners proclaimed November 28 – December 5 Bucks County Symphony Society Week “to accord due appreciation to this outstanding Society; its fine conductor, Vernon Hammond; and its many contributing and playing members.” The Commissioners expressed their desire to recognize the many achievements of the Society in advancing the cultural life of Bucks County.

In April 1978, the Central Bucks Chamber of Commerce presented the annual Bucks County Arts Award to the Symphony and Music Director Vernon Hammond during ceremonies at the Fountainhead in New Hope.  This distinguished honor was bestowed during the BCSO’s Silver Anniversary season.

The Arts and Cultural Council of Bucks County presented a trophy to the BCSO in June 2014 during a ceremony at the James A. Michener Arts Museum “for contributing over 60 years of outstanding achievement in the performing arts.”   In the words of Music Director Gary Fagin, “this award belongs not only to every member of the BCSO and Board of Directors who has contributed his or her time, talents and resources to bring orchestral music to Bucks County for the past 60 years, but to every audience member who has ever attended a BCSO event.”

Most recently, the Bucks County Board of Commissioners proclaimed April 22-29, 2017 Bucks County Symphony Orchestra Week. The proclamation declared that the BCSO “has enriched the cultural life of our Bucks County Community through performances of the finest classical music.”   Maestro Gary S. Fagin was honored for his 15 years as Music Director, and was cited for earning “a reputation for eliciting the best from his orchestra while inspiring loyalty and dedication in his players.”

The BCSO is appreciative of the special recognition it has received over many years and is proud to have been an integral part of the Bucks County cultural scene for nearly seven decades.  The honors bestowed belong equally to the thousands of faithful patrons and generous supporters who have sustained the Symphony since its inception, the hundreds of musicians and volunteers who have produced scores of memorable concerts, and our Founders whose vision and perseverance created this special treasure for the people of Bucks County.