Ever since the first concert in March 1953, it has been the Symphony’s standard practice to perform three major concerts each season, generally in fall, winter and spring. Initially, these predominately classical concerts made up the entire concert season. In 1958, the first Children’s Concert was presented to an overflow audience, firmly establishing this concert as an annual special event. In 1975, the BCSO presented its first Pops Concert, expanding its repertoire into the field of musical theater, folk music and jazz. Always, though, the BCSO has been a committed advocate for classical music performances in Bucks County and surrounding areas.

Over the course of nearly 70 years, the BCSO has presented some of classical music’s most celebrated and beloved works, from the great symphonies to dramatic concertos for various instruments, tone poems, overtures, suites, and the occasional commission. The most performed symphonic pieces, each presented in 6 seasons (except for the Beethoven Symphony – 7), have been:

Nearly all of the classical concerts (called “regular concerts” for many years, now generally referred to as “subscription concerts”) have been held in the central Bucks County area surrounding Doylestown. During the Symphony’s first four seasons, concerts were occasionally held in Langhorne, Perkasie, Quakertown and Warminster, typically paired with one in Doylestown. Doylestown concerts were held first at Central Bucks High School (now CB West), but the auditorium acoustics became so problematic that concerts were moved to the new Lenape Junior High School in 1958, where they remained until the opening of CB East in 1969. Since that time, the majority of classical concerts have been held at a Central Bucks high school; since 2014, the annual Fall Concert has been performed at Delaware Valley University’s more intimate Life Sciences Auditorium.

A standard feature since the very beginning has been the inclusion of an accomplished guest artist to perform a concerto or solo works with the BCSO. During the Vernon Hammond years, piano and violin were practically the only solo instruments to play, and over a dozen appearances were made by vocalists, usually students and associates of the Academy of Vocal Arts, of which Maestro Hammond was a director. Since 1980, solo vocalists have appeared only twice, and violin and piano have been the most presented concerto instruments. However, nearly all of the usual solo instruments have been featured at one time or another: viola, cello, flute, clarinet, oboe, English horn, bassoon, trumpet, French horn, trombone, harp and guitar.

Numerous choirs have made guest appearances, including the Bucks County Choir (1961), the Singing City Choir (1972), choirs from Muhlenberg College and Lafayette College, and the Bucks County Choral Society (5 appearances). Choirs from the Central Bucks high schools have sung with the BCSO on 9 occasions, usually joined by AVA soloists, and presenting such masterworks as the Mozart Requiem, Orff’s Carmina Burana, and the Beethoven Mass in C. Special performances of note include a collaboration of the BCSO with The Dance Theater of Pennsylvania in two performances of Tchaikovsky’s The Sleeping Beauty in 1986, and a collaboration of the BCSO and BCCS in the 2012 performance of Beethoven’s monumental Ninth Symphony.

The BCSO is committed to bringing the finest of the classics to our community for the enjoyment of players and audiences alike. This has been one of our guiding principles since 1953, and will continue to be so for decades to come. 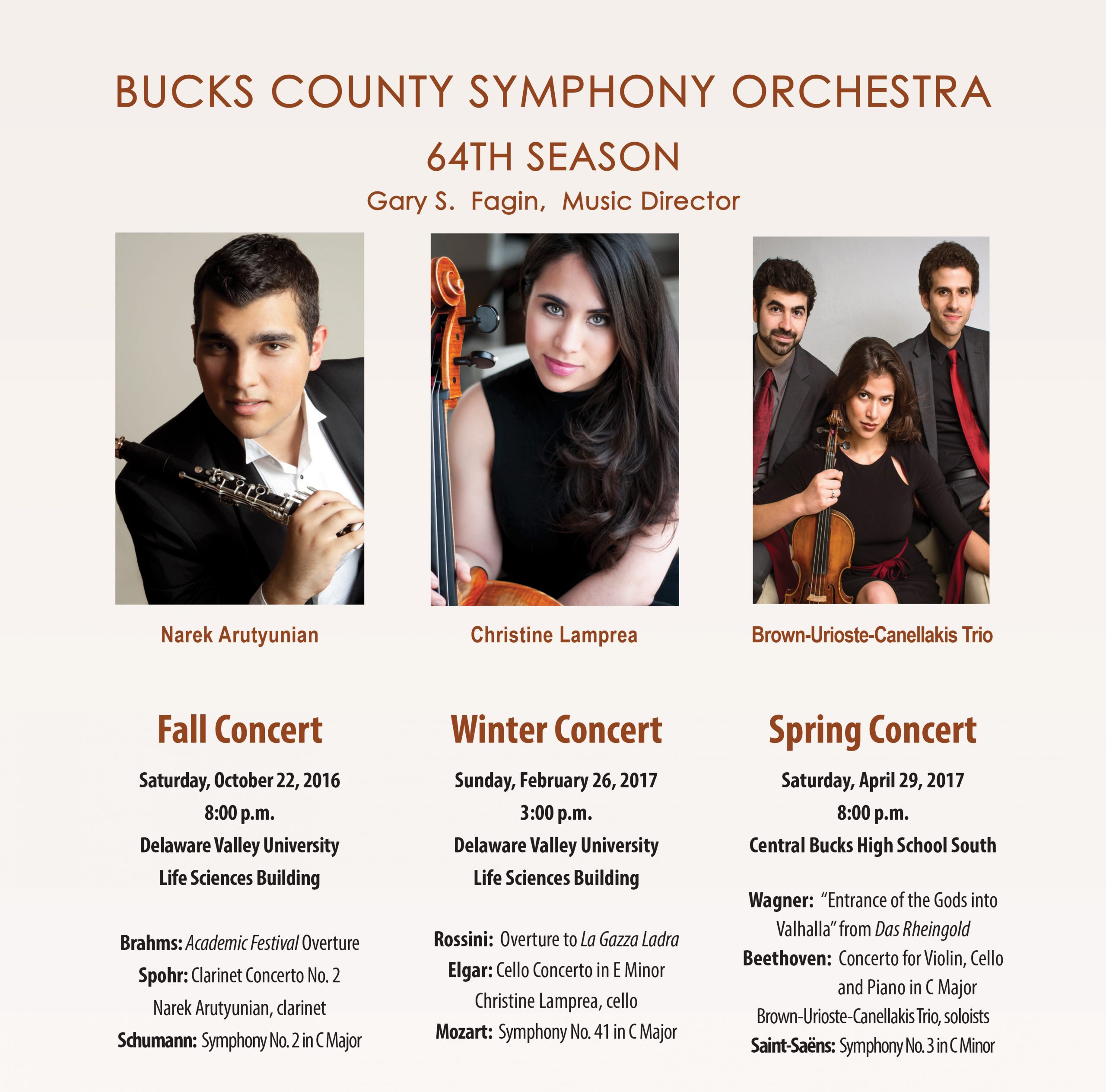 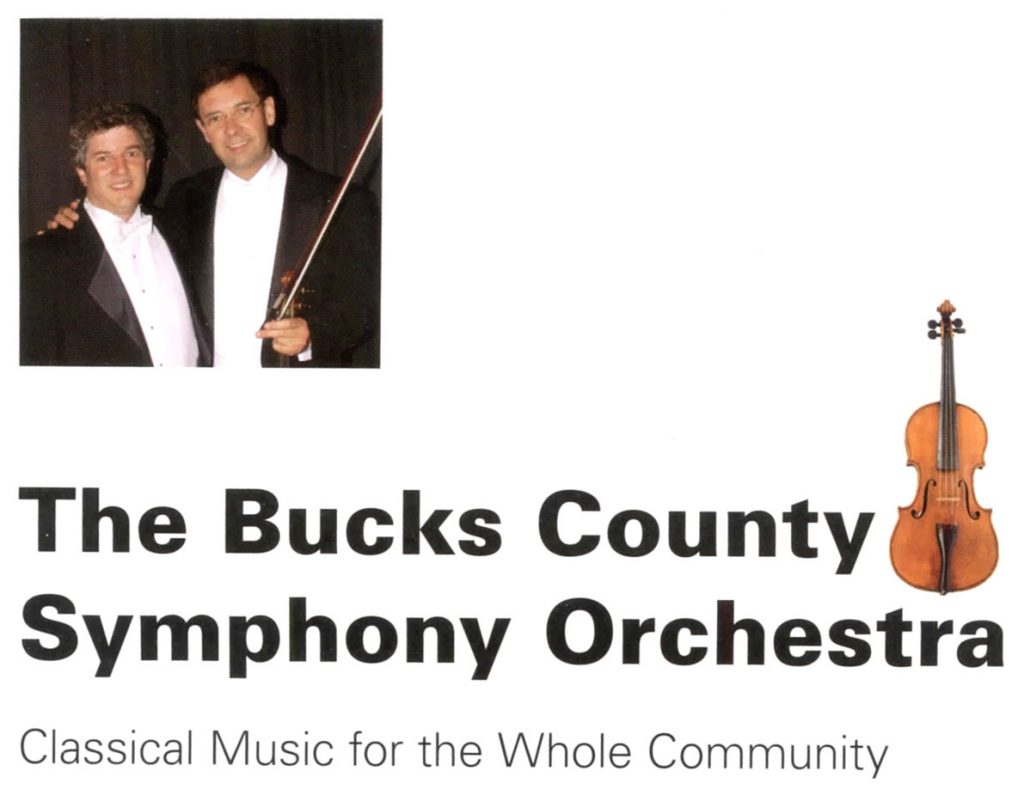 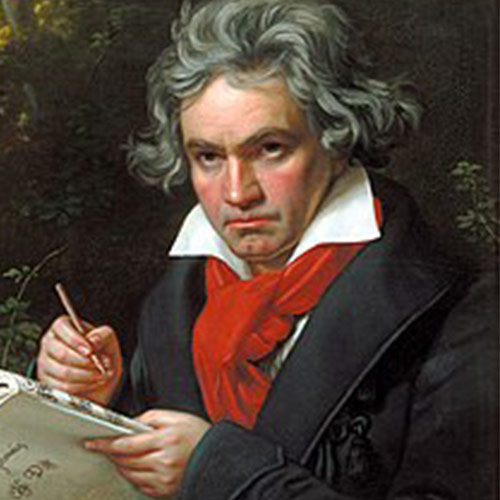 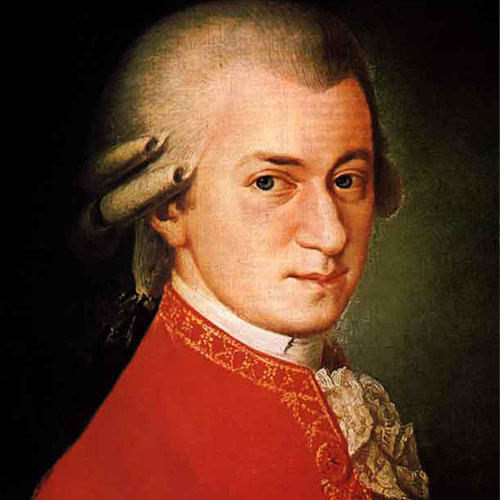